The club welcomed many school pupils from the Coventry, Warwickshire and surrounding areas to the annual school orienteering championships which were held this year at the Memorial Park, Coventry. Organiser Phil May and his team of helpers ensured the event went smoothly. Mike Snell was the planner who designed 3 courses of varying lengths and technicality to suit the three categories, primary, lower secondary and upper secondary schools, in addition to a longer course for experienced orienteers.

At Nesscliffe, organised by Wrekin Orienteers, Octavian Droobers club members competed in the Compass Sport first round. The total score of 2406 points were achieved by some top class running, and members who scored the maximum of 100 points by winning their class were Kirsten Strain W21, Barry Elkington M60, Felix Lunn M16 and Florence Lunn. 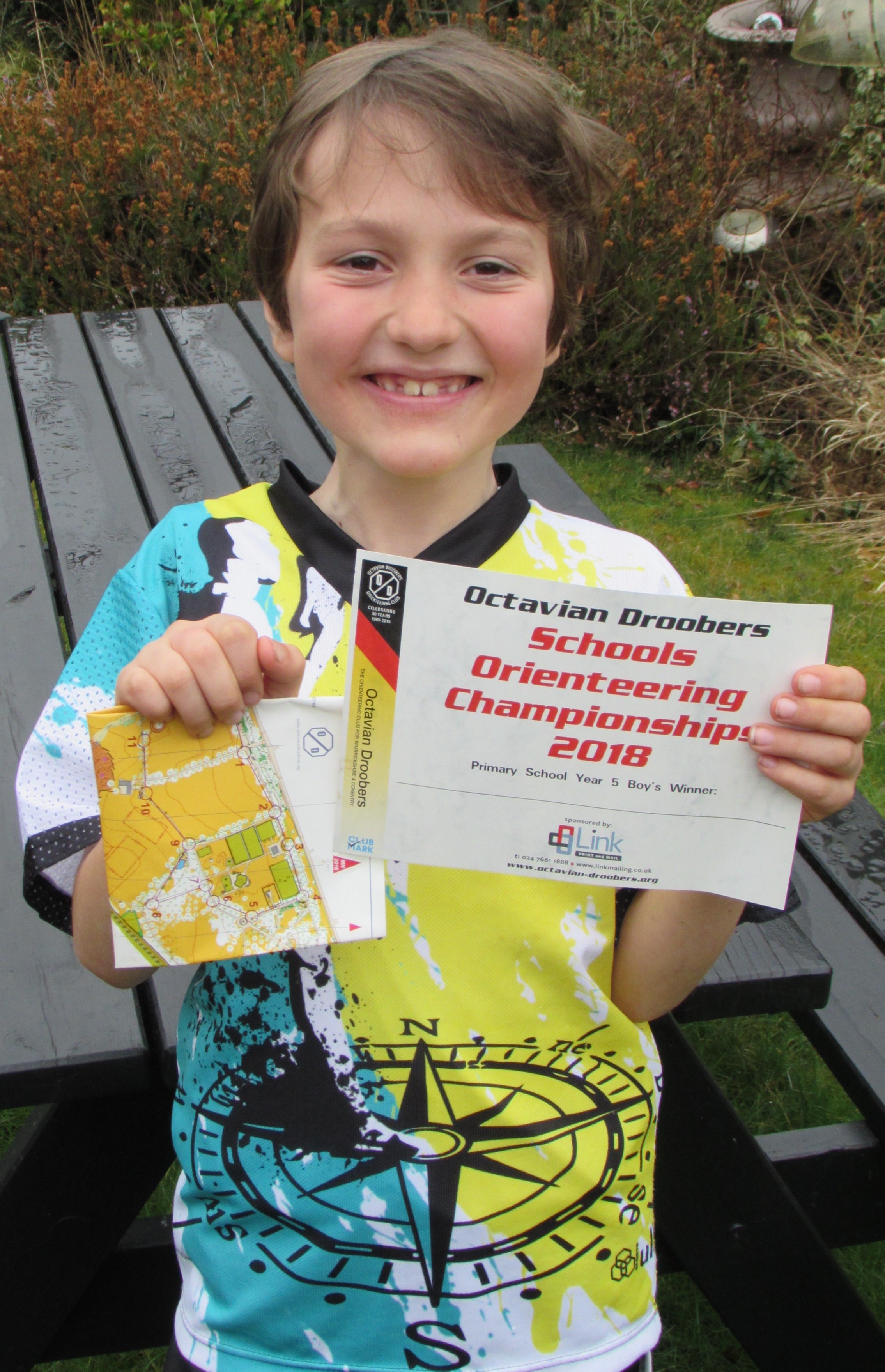 Runner with his winning certificate at the annual Octavian Droobers Schools Orienteering Championships 2018.