More than 80 members of the Octavian Droobers Orienteering Club took part in the 4 day JK International Festival of Orienteering held around Reading and the Chiltern Hills. Club members competed in very cold temperatures against 3000 competitors from across Europe.

This race result was added to the following day’s event around Cold Ash near Newbury and Andy Simpson and Julie Emmerson continued their previous day’s successes by winning on the second day and becoming JK 2013 champions. William Gardner M20 came 2nd overall with a combined time of 101.56mins and Sheila Carey was placed 3rd overall in 130.51mins. Fourth overall positions were gained by Harrison McCartney M16 who came 7th in the 1st race and 3rd on the second gaining an overall placing of 4th with 92.15mins and Anne Straube W35 5th and 4th places taking a total of 131.44mins. In overall 6th place were Riinna Kuuselo W21 11th and 6th places and 113.23mins total time, Harriet Lawson W18 7th and 6th 118.11mins and Hilary Simpson W70 6th and 7th and 151.39mins. Mike Hampton M65 and Nathan Lawson M16 were both placed in 10th positions after completing both events.

On the final day, at Hambleden, OD fielded 15 teams in the relays and six of the teams finished in the top 4 of their respective classes. In second place in the Women’s short class was Harriet Lawson, Aimee Morse and Anne Straube and in the new men and women’s combined age of 210 plus class Mike Hampton, Trevor Simpson and Sheila Carey also came second. 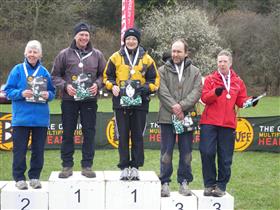 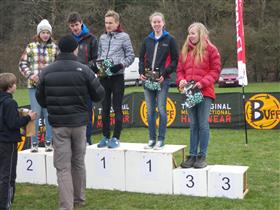 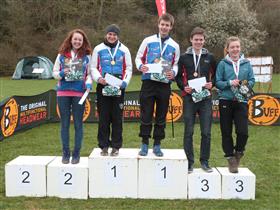