Barry Elkington M60 and Lesley Ross W50 both achieved 2nd places and Anne Straube W40 a 6th place in their respective age classes to contribute to a fine win for England in the European match against 5 teams, from Belgium, Netherlands and France. England scored 181 points well ahead of 2nd placed OV Belgium. The race event weekend took place in the Ardennes area of France.

The Northern Championships took place on Sunday in Wharncliffe Woods, near Sheffield, in very trying conditions, snow, sleet and gales were thrown at the competitors on extremely challenging courses on steep tough terrain. Will Gardner M21 was 2nd on the M21 Elite 10.2km course with 400 metres of climb in 77.23mins. Paul Gregson was 3rd on M40 Short course in 104.01mins. Hilary Simpson was 4th on the W80 in 74.42mins as was Sheila Carey on the W70L course in 63.05mins. Pete Carey was 5th on the M75 Long course in 66.29mins as was Trevor Simpson on the M80 course in 64.46mins.

The Ponderosa urban event in the north west area of Sheffield, on Saturday was wet, windy

and cold but did not deter Will Gardner who had a terrific result in the Mens Elite sprint 3.4km course finding all 20 controls in 21.59mins to win ahead of Chris Smithard from FVO and Matthew Elkington was 3rd in 22.57mins. Father Richard Gardner M60 was 2nd on the Mens Ultra Vet 4km course in 38.58mins, Sheila Carey W70 was also 2nd in 41.34mins on the Womens Ultra Vet course of 2.7km and so was Peter Carey M75 on the Mens Hyper Vet 2.7km course in 36.40mins. 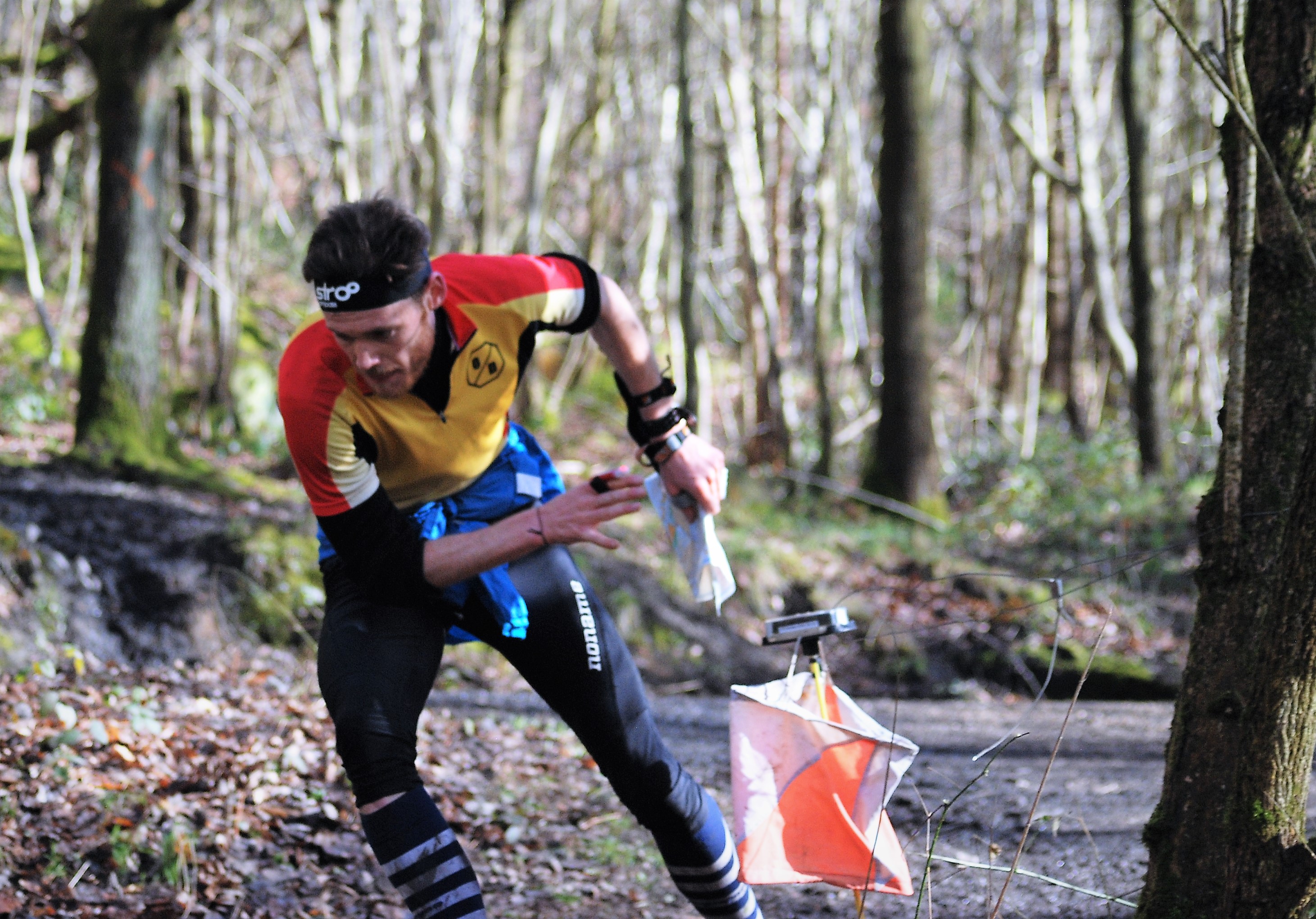 Will Gardner at the Northen Champs 2019