Octavian Droobers staged an event on Sunday near Nuneaton, Coventry, around the beautiful woods of Hartshill Hayes Country Park. Organiser Chris McCartney was very complimentary, as were the runners, about the challenging courses planned by club juniors Felix and Oliver Lunn. It was extremely cold at 7.30am - down to minus 6C - when the controls (checkpoints) were being put out. Nearly 200 participants braved this and were rewarded with glorious sunshine after the competition started at 10.30am.

Competitors came from all over the midlands and starting with the shortest course for beginners and youngsters results were: Jarvis White M10 from Walton Chasers was 1st on the White 1.2km course in 11.21mins, Daniel Pigott M10 from Potteries Orienteering Club 2nd in 11.38mins and Imogen Allen W10 Walton Chasers 3rd in 12.14mins. Junior Rupert Powell M12 was 1st on the Yellow 2km course in 21.15mins, Jonah Hearn M10 WCH 2nd in 23.11mins and Edward Powell M10 3rd 23.27mins.

At the start of the event the club welcomed BBC Coventry and Warwickshire presenter Sally Johnson who called in to the event centre. She was there to find clue 3 in the regular Sunday morning Gold and Treasure (Treasure Hunt) and took part in a short orienteering challenge before going on to find clue 4 elsewhere in the county.

The annual club dinner and presentation of the Ted Norrish Trophy was held at Casa Loco in Rugby. This year Liz Phillips was awarded the trophy in recognition of her work over the past few years undertaking many roles for the club. Liz grew up and went to school in Rugby. 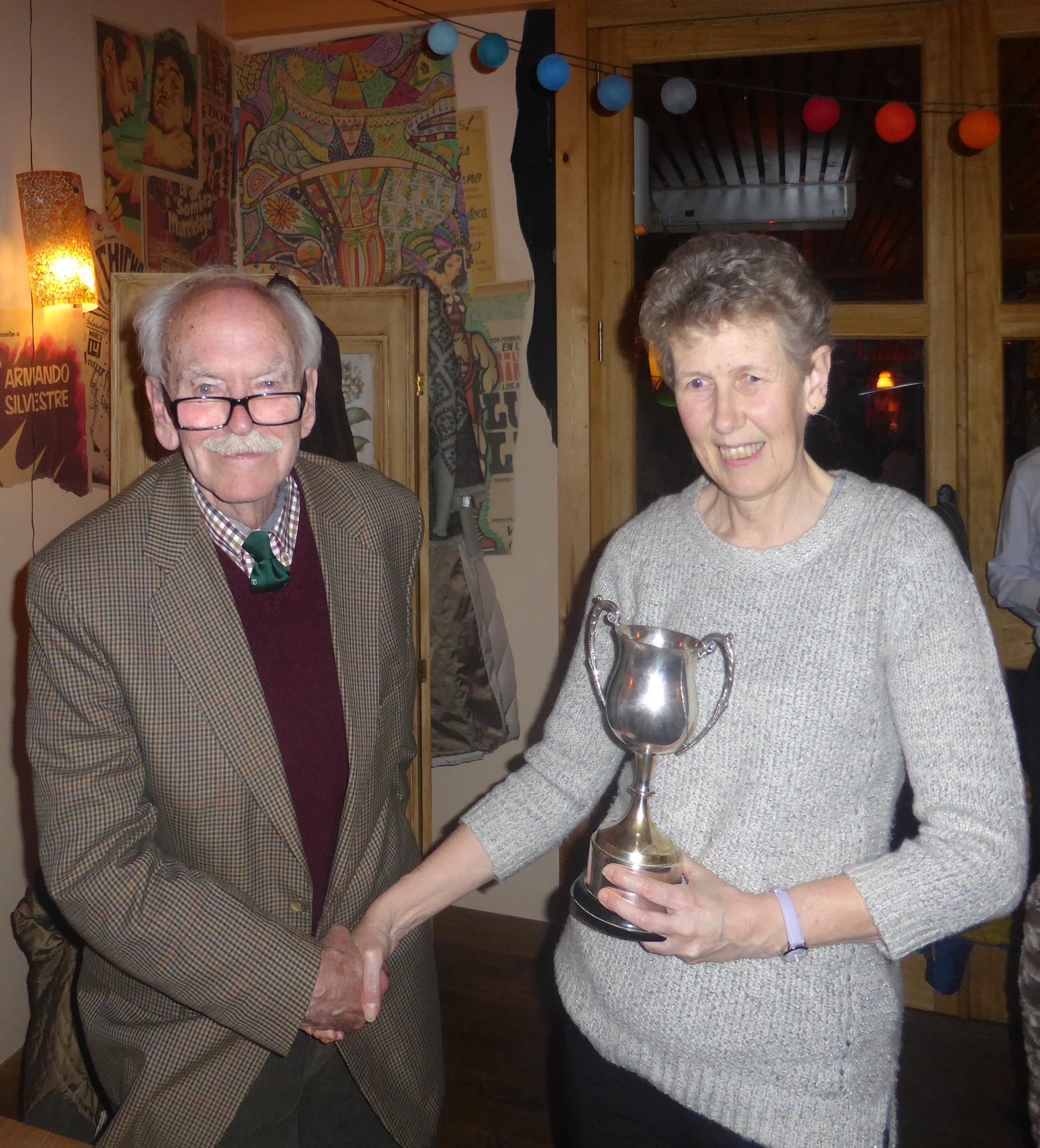